A small medieval village has been transformed into a luxurious Relais & Châteaux Hotel.

Borgo San Felice is about a 30-minute drive from Florence, and only 10 miles (15 kilometers) from Siena.  A borgo is actually a small village so I was expecting that all I would see was a collection of old houses. How wrong I was!

The hotel sits on a hill about 1,150 feet (350 meters) above sea level.  It perfectly harmonizes with the surrounding countryside.  The authenticity of Borgo San Felice is clearly evident from the first glance, as you climb the road following the gentle and unmistakable lines of the Chianti Classico Senese.  I entered from a long driveway that opened up the closer I got and noticed that the gravel parking area was located away from the guest rooms so that no noise from the cars could be heard.

Borgo San Felice is composed of fascinating buildings – palazzi, stone-built houses, medieval dwellings – all within a few feet of each other, but still very private.  You realize immediately that the village has been there forever, or almost.  It is built around a Medieval Piazza where an elegant 18th century patrician Palazzo stands out magnificently in front of an intimate Chapel in limestone.  I could not wait to explore these ancient walls and see what the hotel has to offer. 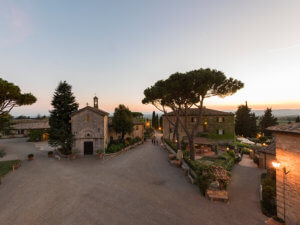 After check-in at the reception desk I was shown to my room, which was at the top of the stairs in a small tower, all on its own with beautiful views over the vineyards.  It was located in the big house, which sounds rather ominous but it wasn’t.  I didn’t want to waste time with unpacking so I decided to venture out right away.  In fact, the recent completion of a three-year restoration project has led to a totally new spatial layout and service offering, so I was curious.

It was still early, too early for dinner or even Happy Hour or, as the Italian say, Aperitivo.  Oh well…

Besides lending bicycles, there is a heated pool surrounded by a beautiful garden, with views all the way to Siena; two tennis courts just outside the Borgo, bocce courts, a fitness center as well as a Spa which is housed in the original Oil Mill, offering everything from facials to full body and personalized treatments.  The Wine shop has a fantastic selection of the best Tuscan wines, many of their own production, among others, as well as some local food items. 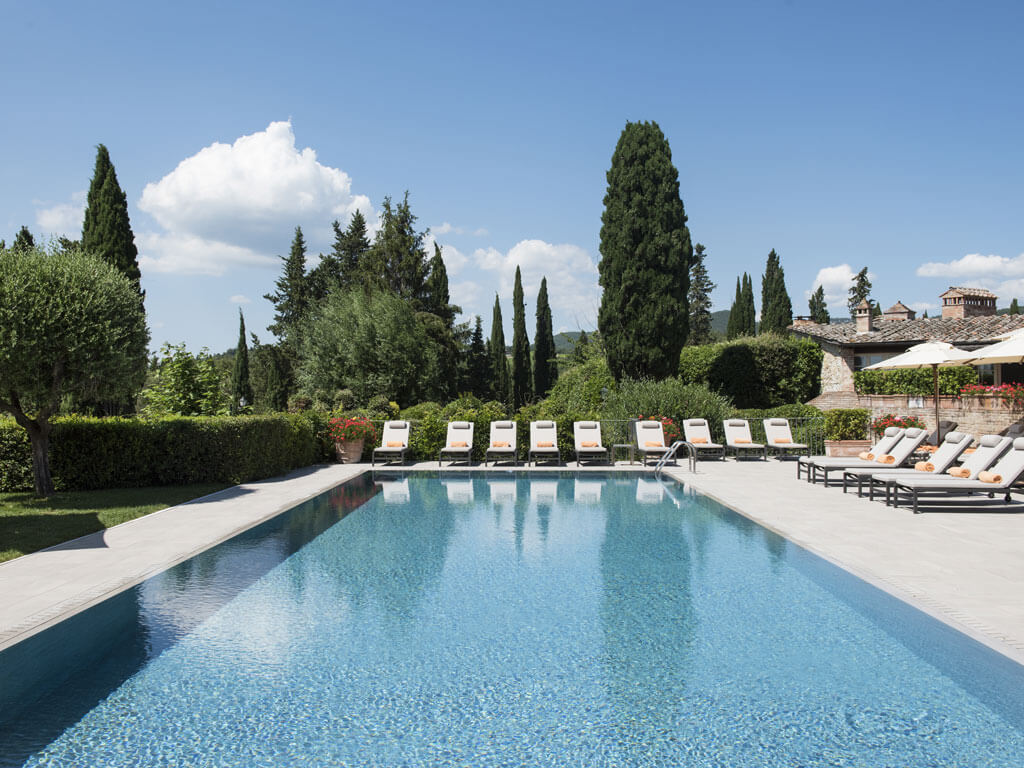 Borgo San Felice is also a Wine Resort and many international awards have crowned the prestigious wine production of San Felice.  Among the numerous awards assigned down through the years to the wines produced on these estates are Il Grigio, Poggio Rosso, Campogiovanni Brunello di Montalcino and Il Vigorello – the first Supertuscan.  The most recent award is the prestigious accolade assigned to the Chianti Classico San Felice 2016, which placed 19th in the worldwide Top 100 Wine List 2018, drawn up by Wine Spectator.  The Wine Cellar can be visited upon request, and there are guided wine tasting sessions.

And then, of course, there is The Poggio Rosso restaurant where “Tuscan Fine Living” is celebrated.  Exquisite gourmet offering has been part of the renovation project and now, has a decidedly international twist, while continuing to respect and valorize the Tuscan tradition, thanks to a collaboration with Chef Enrico Bartolini and the new Executive Chef Juan Camilo Quintero.  Only last year, the restaurant was awarded with its first Michelin Star.  For a simpler form of cuisine or a “quick bite”, there is Osteria del Grigio, in the family spirit of the Tuscan tradition. 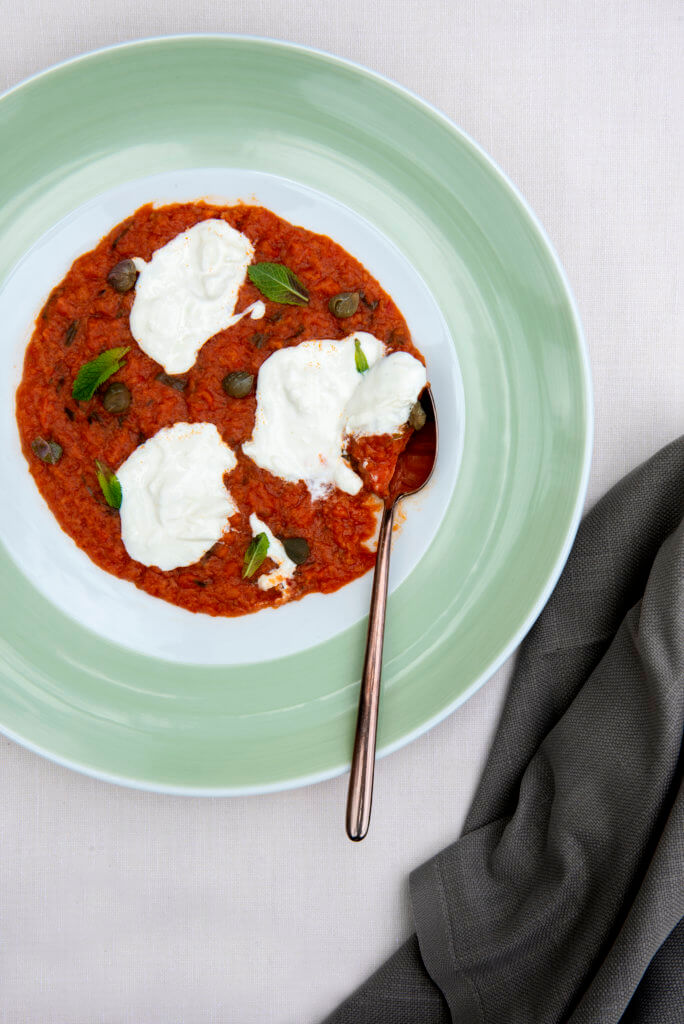 The extent of the facilities makes the hotel feel very self-contained.  You don’t need to go anywhere unless you would want to visit nearby tourist sights.  At the reception you can find itineraries for off-site excursions.  Guest have access to a heliport and two Tesla charging stations for electrically-powered vehicles.

The town of San Felice is first mentioned in the year 714 when it was the source of controversy between the bishops in Arezzo and Siena.  No-one knows when the village was actually established but it must have been many years prior to that.

There is a small Romanesque church at one end; the ancient Pieve di San Felice was constructed in the 8th century (and reconstructed in 1705 when it was enlarged and a proper nave added).  From the 9th century onwards the town suffered through the plague, which killed over 80,000 in the Chianti district, and hostile battles that raged around it.  Mercenary forces ravaged the area, such as the English and German White Company and then Spanish and Swiss mercenaries who were in the pay of Florence. There was also a second Aragonese invasion known as The Battle of San Felice, which involved the Ricasoli family.  Besides these, there were constant battles between Siena and Florence that continued over four centuries until the fall of the Republic of Siena in 1555.  It is amazing that this little village survived! 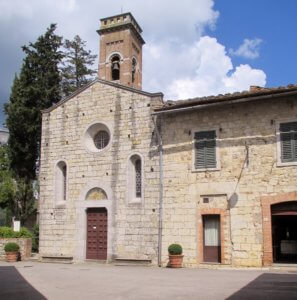 In the first half of the 20th century it was owned by the Del Taja family who managed to hold onto it until 1968.  However, the postwar years were tough as life in Italy’s big cities appealed to people more than poverty in the country.  In less than 20 years the village population shrank from 240 people down to 90 and even the chapel looked ready to collapse.  The Del Taja family sold the village to a Milan insurance company, Riunione Adriatica di Sicurta, which concentrated on getting the vineyards into shape.  The early 1970s mark the beginning of a new development model: the estate was bought by the Allianz Group, which set its sights on enological and territorial excellence.  In the late 1980s a new plan to restore the village and create a hotel was put into action and the hotel opened in 1990.

Thanks to the recent renovation project, the number of rooms in the hotel not only has increased from 49 to 60, the 29 rooms and 31 suites have all been totally renovated.  They are distributed between the various buildings, giving guests the sensation of staying in a village dwelling rather than a hotel room.  Each room or suite has been decorated with exquisite taste, many having outstanding views over vineyards and towards Siena. 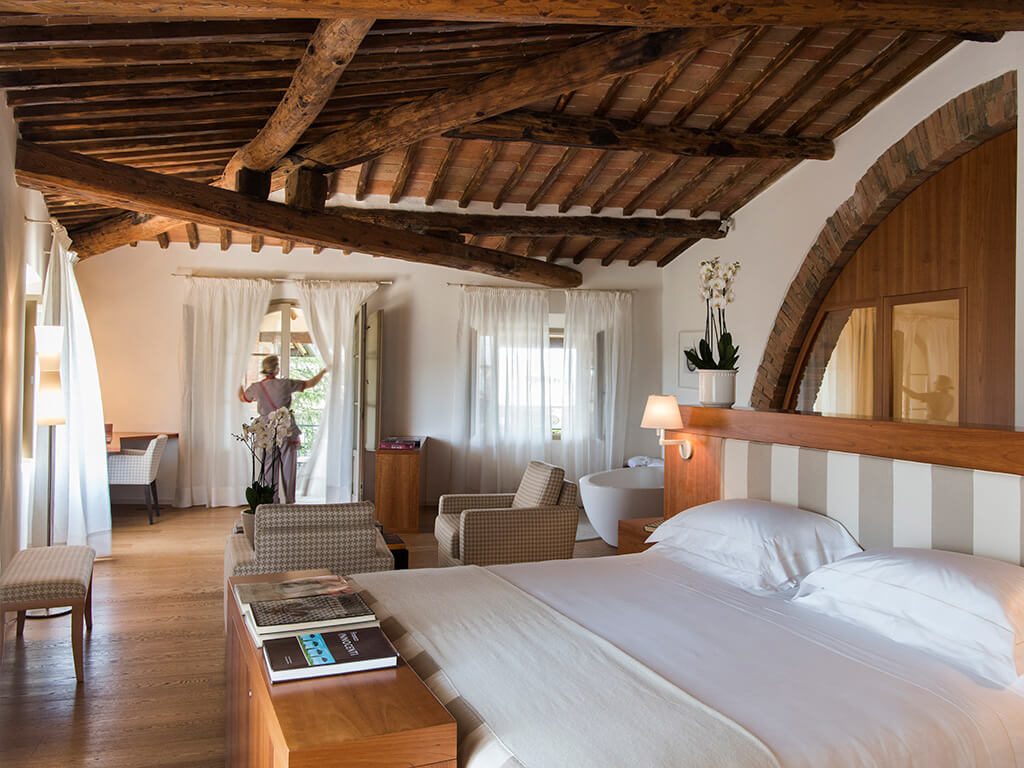 Two fairly new additions are Villa Casanova, with three fully fitted apartments for a total number of 9 rooms, complete with a large garden and pool, and Villa Colonna which offers guests a more intimate solution consisting of just two bedrooms and a private garden with pool surrounded by olive trees, looking out onto the nearby hills.

Borgo San Felice is close to big cities and yet, it seems a million miles away from everything.