The South Tyrolean capital Bolzano is a year-round rewarding Holiday destination: Framed by Vineyards, and the peaks of the Dolomites practically directly behind, the lively city on the Interface of two Cultures has a lot to offer for travelers, historically and culturally. In the fall, Törggelen, comes to mind – an old custom and another good argument for a trip to Bolzano and the surrounding areas.

Metropolis between North and South

Bolzano is located in a wide basin. The slopes are covered with vines, which from mid-October let the area shine in impressive colors ranging from yellow to brown and red. It is the time when the “Nuie” – the new wine – wants to be tasted. Now, many locals also indulge in the old tradition of Törggelen in Bolzano until November.

On a clear, sunny fall day, the cable car takes you up to lofty heights. Over already slightly discolored vineyards, with a sweeping view of the Bolzano basin, the gondola ascends about 2,300 feet up to Jenesien – the winding road is saved for the way back.

The 3000-inhabitant community with several districts is located below the plateau Salten on the southern slope of the Tschögglberg north of the state capital. The next hours belong to the Salten. The high plateau invites to long walks between pastures, intensively used mountain meadows and scattered larches.

The stroll today is interrupted several times by a stop in traditional inns. Reason is an old tradition that has been followed in the region for many years: the Törggelen. The term derived from the Latin word for wine press and goes back to when, after the physical effort of wine pressing, the crew sat together for a feast. All helpers were invited to taste the young wine. 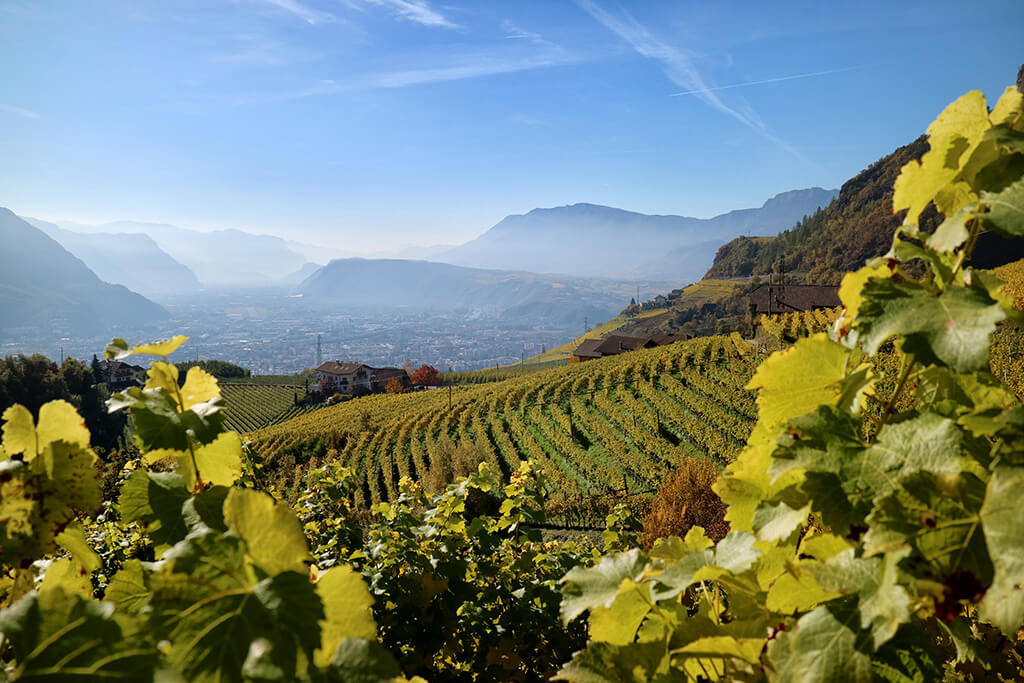 Nowadays, groups move from inn to inn, and in addition to the wine, they can especially enjoy hearty dishes such as cabbage, dumplings, sausages and bacon; also roasted chestnuts should not be missed.

More modern and lighter – not only in terms of food – is the next day in Bolzano. A city tour highlights the cultural and economic importance of the South Tyrolean capital, which lies at the intersection of North and South, Mediterranean flair and alpine charm. German and Italian, sometimes Ladin, are the main languages here; University students have to pass their exams in German, Italian and English.

A walk through the medieval old town with its narrow streets and arcades has nothing stale. On the contrary: markets and gastronomy, the elegant shops and boutiques make Bolzano to a very lively city, which has now earned a good reputation in international tourism. 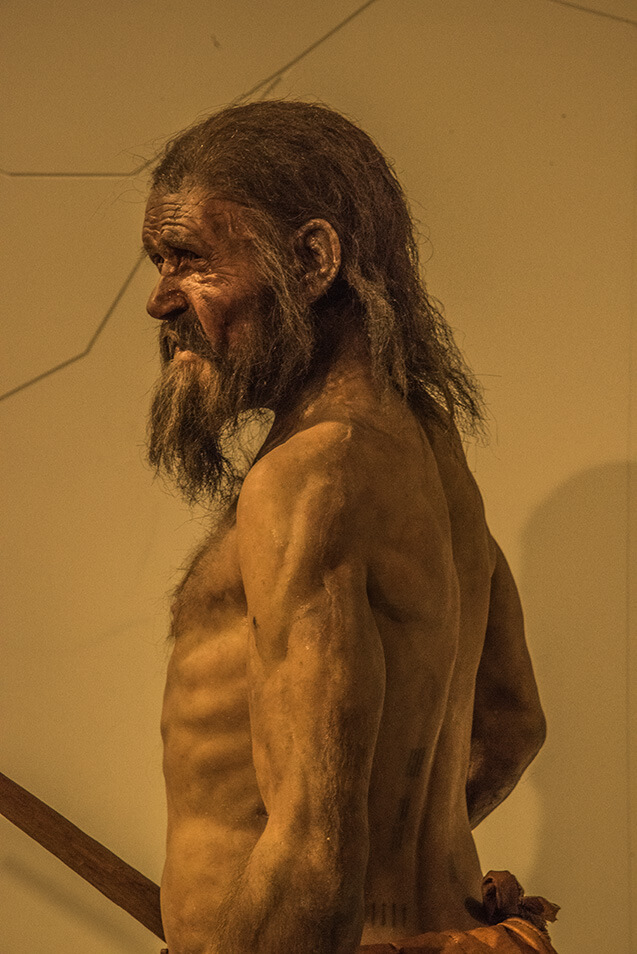 That is also closely linked to one name: Ötzi. The “Mummy from the ice”, found 29 years ago on a glacier on the Italian-Austrian border, attracts every year hundreds of thousands of visitors to visit the South Tyrol Museum of Archaeology. The highlight of the exhibition is a lifelike reconstruction of Ötzi himself.  The museum devotes much time to the Neolithic Age.

If you do not want to go back 5000 years in history, but only back to the Middle Ages, then you can take a detour to the Runkelstein Castle on the outskirts of Bolzano. There it sits enthroned 500 feet above the valley. In addition to insights into the way of life of the knights, it attracts particularly with an extensive profane cycle of frescoes. 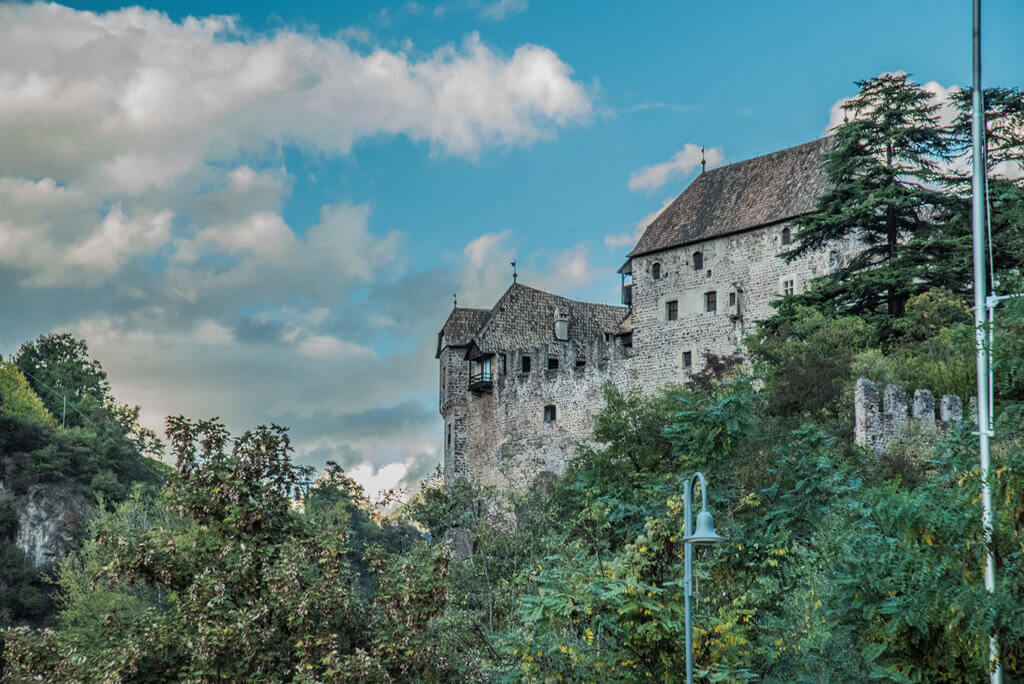